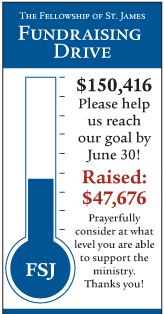 ~ PASTOR SAEED needs your help. The ACLJ is presenting his case to the U.N. on Monday, and we would like to go with over 600,000 signatures.. (ACLJ)

~ ITEM: ‘May God have mercy on his soul’: Canadian arch-abortionist Henry Morgentaler dead at 90

~ ITEM: ProWoman ProLife » On the death of Henry Morgentaler

~ ITEM: Morgentaler has died, and so will we one day: what will our legacy be?; Morgentaler is gone, but we’re taking back Morgentaler’s Canada

~ INFAMOUS CANUCKI abortionist Henry Morgentaler has died.. I hope he turned to God as he did so, even in the last seconds of awareness. He has a very long list of death, suffering, lies, and betrayal of his religion, and deliberately slain unborn boys and girls to answer for, unto a higher power that does not obey lawyers.

It is beyond ironic (a) that he lived a very long life, unlike his victims, (b) was a doctor who proudly betrayed his Hippocratic oath, (c) that he was a Holocaust-survivor, of a regime which promoted abortion, infanticide, murder of the handicapped, political opponents, Jews, and other ‘undesirables’, forcing doctors and hospitals to enforce totalitarianism, and to serve political ends. Then he brought death to countless ‘undesired’, fought to overthrow provincial laws to protect the unborn, and did more for creating the current status quo (no abortion law in Canada since ’88) than any other individual.