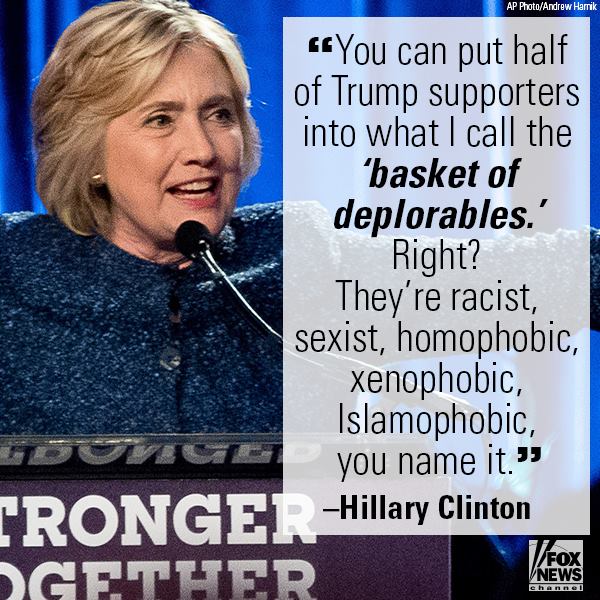 ~ ITEM: The People’s Cube— Les Deplorables: the poster, the trailer, and the theme song; plus, People’s Karaoke: Deplorable

~ ITEM: THE ALT-RIGHT: Young, white men are tired of having to atone for the historical sins of their forefathers

~ ITEM: Deplorable me and disgusting Hillary, By Ethel C. Fenig

~ SO MRS. CLINTON has arisen from her fainting-couch long enough to continued her wild swinging against the demonized U.S. alt-Right, Trumperies, who she consider a horrible unAmerican “basket of deplorables.” Catchy phrase, that.

Maybe she’s partly right. Whatever. The gaffetastic one later sort of apologized (the typical “regret” falling far short of apology or repentance or rethinking), so there’s that. 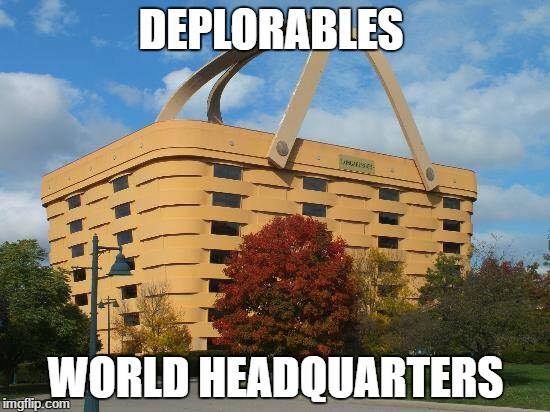 You just gotta know she did NOT just mean Trump supporters.. she meant anybody in America & Planet Hillary who (a) do not worship her, (b) and who won’t bend the knee to all that she wants & stands for. (I.E. most human beings ever, everywhere, and a majority of Americans).

A Cadre Of Misleaders

A President Hillary, i.e. a possible “leader” like Obama, her own husband, Trudeau-Wynne-Notley, and too many Western “leaders” of recent history. Supreme Intergalactic Empress Hillary will not– and chooses not– to be the responsible & accountable leader of ALL the people she is supposed to serve. This is a gross failure of character, and politics.

Clearly, there’s her sheep, and then there’s wolves, scum, and many tens of millions other deplorables in the basket, who are less than, and who will get what is coming to them, sooner or later. She just doesn’t seem to want to be president of all of the U.S. population– based on her progressive ideological supremacism. Get on board, or else.

Meanwhile, the online meme & Twitter reaction [ #BasketOfDeplorables ] has been predictably hilarious, while we’re still free to laugh, poke fun, criticize, or even ask smart reasonable questions in the West. ~ 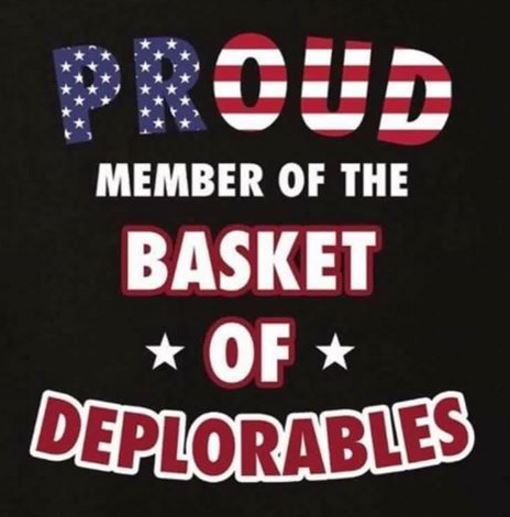