>> Trudeau meeting with royals would have been nice: Belgian officials

>> King Philippe and Queen Mathilde kick off their State Visit to Canada with a big mistake from the Canadians; also Rideau Hall marks Belgian state visit with a German flag

> After headlines about Trudeau being “snubbed” on India trip, senior Liberals skip opportunity to meet with Belgian delegation

~ WHAT A NOT-Ready-For-Prime Time fluster-cluck this was. In the subtle language of international diplomacy, this was a world-class snub: THIS is what Canadians think of you in 2018. And the flags? Wince.

A king & queen, along with 100 business leaders, 7 ministers, and representatives from Belgian universities– a serious world-class delegation– and the PM’s handlers let him run off to do other things.

No excuse. Not even a junior Agriculture Minister, Minister of Defence, Deputy Prime Minister or– hey, here’s an idea– an all-party gathering of political leaders to make these good people welcome? Our Minister of Heritage apparently drew the short straw. The GG Ms. Payette was there, replete with German Flags. We’re now way past Monty Python surrealism, boys and girls.

Yet again, our Glorious Maximum Leader has done badly by Protocol 101, Diplomacy 101, the code of duty, basic dignity, respect between nations, and expression appreciation for their efforts in remembering Canadian sacrifices 1914-1945 on behalf of rescuing Belgium in wartime. In our name.

People used to make fun of lovable Toronto Mayor Rob Ford for his gaffe-tastic ways. Our preposterous PM Justin Trudeau makes Ford 1.0 look like a paragon of discretion and class, by comparison.

That the Belgians actually quietly mentioned the disaster? The classy red-alert diplomatic equivalent of hanging naked upside down on a light-pole screaming from a megaphone. We done effed up. 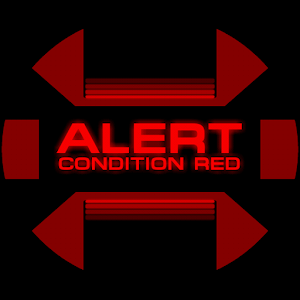 This PM has insulted Belgium, our veterans and war-dead, our proud Canadian military tradition, the proud Belgian tradition of honouring OUR war-dead, and our war graves in their land, and so much more. 170 000 Canadian casualties across two wars, just in fighting for Belgium.

My great-uncle Gren (G.G. Stanley) & his other crew-members are all buried in Belgium, near where his bomber crashed and he died in 1943. In 2014, some of my family attended the dedication of a memorial near the crash-site.

It was above and beyond. The Belgians sent military members, locals gathered, bands played, jets flew over, flowers & wreath laid & prayers said, a reception, the whole she-bang. MY family amongst others was invited & honoured by the Belgians.. and they’ve even made it an annual gathering since then! Wow. So humbling and amazing. Every year for Remembrance Day, Belgian school kids decorate war-graves, and give thanks for the lives lost liberating their nation– including Canadians.

Will We Remember Them?

So.. 100 years after the 1st World War ended, the Belgian Royals came all the way to Canada to say “Thank You” in person. Class in action. Easy enough to graciously receive them, have a plaque unveiling, children’s choir singing something nice from Belgium, university & business & political discussions, some celebrities & culture-types, strengthening our bonds as nations with a shared history and mutual respect….

Have national leader not bother = thud. Junior might as well have spat in their faces. Seriously.

Needless & random bungles at home and abroad, insulting nations and whole sub-continents seems to be the centrepiece of Justin Trudeau’s skill-set, starting right here at home. Sorry about that, everybody, everywhere.

We’re kind of broken right now, and longing for a national leader who will make us proud. We hope to have one in 2019, but many of the same idiot-loving idiots who elected him last time are still pretty much.. idiots.

We’re sorry our Official National Idiot couldn’t be bothered to show up: he was off on a splashy talking-tour, campaigning with metal-workers across Canada– all this because he’s been bungling our NAFTA talks with Trump, amongst many other bungles. Likewise, he didn’t show up on Remembrance Day in Ottawa last year, because of a Pacific Trade Gathering.. which he then utterly flubbed by missing the crucial meeting. Which came after mucking up his trade-talks with China.. which came after…

Needless & random bungles at home and abroad, insulting nations and whole sub-continents seems to be the centrepiece of Justin Trudeau’s skill-set, starting right here at home. Sorry about that, everybody, everywhere. He’s working for others, causing division and chaos.. and we’re the bystanders.

Dear Belgium: You’re very welcome. Thank you for remembering, and for honouring us with your delegation and respect.

Why not write the Belgian Royals, to thank them?  ~ 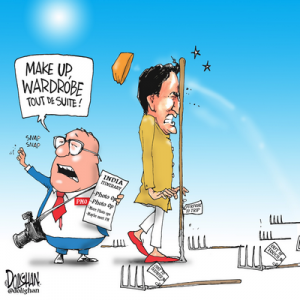