~ Bernie Sanders tells crying baby to keep it down

~ NEVER. NOT once. A crying baby during a sermon is aggravating, but those parents made the effort, and they are welcome, too.

Once in a while I’d pause the preachment, and quip

“I think we have a new choir member in the house!”

“You dislike the sermon? Me too!” 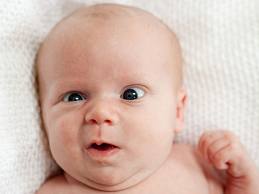 Telling an infant to shut up in a public setting is an unspeakably rude, imperious, snarky & humiliating thing to do to the parents. But we know that such Communist characters as Mr. Sanders only love “The People” in abstract.. actual humans are an inconvenience to their high & lonely destiny, and their glorious plans.

FFS, Bern, who do you REALLY think you are? Oh, right… rich & ill-tempered future dictator of USSRmerica. Whole crowds will be swept off to the gulags, including all the babies counter-revolutionary enough to interfere with the oracles of pure truth which drop from your thin & angry lips. You show us in this little instance who you really are under the faux-folksy wise “Grampa Bern” shtick by which you fool.. very few.

Contrast this with Jesus, the incarnate Word Himself, who said “Let the little children come unto me, and forbid them not. For such are of the Kingdom of God.” ~