>> All Binks on Mehta essays

>> Professor Rick Mehta, friend of the Podcast and defender of Free Speech, has been fired by the University of Acadia

~ SO.. THE ACADIA University, Wolfville NS, cowardly & bullying powers that be finally pulled the trigger on their troublesome prof, just days before the beginning of Fall term. Except.. he’s not shutting up, or going away quietly. Awkward.

Until 2015 or so, Rick says he was a standard Lefty prof. No problems, complaints, or random accusations to be seen. Then, he woke up (partly via Jordan Peterson, and others), and looked around academia and noticed free speech & open discussion of important issues– in psychology & the wider curricula– were verboten. And at his beloved increasingly Soviet Acadia, too.

So in 2015, he stopped being an obedient tenured diversity hire, and started asking questions, speaking out, attending conferences, making popular videos, and befriending  various Canadian thought criminals. That was unacceptable, and from that moment on, the current Acadia regime, USSR-style, tried to scare him, silence him, dig up every malcontent & unhappy soul connected with him to register accusations, since as we know, accused = guilty. Now, they’re trying to vanish him.

After all, you can question EVERYTHING on modern campuses these days– except the holy orthodoxies: Feminism, anti-Colonialism, Social Justice Marxism, Identitarianism, Silencing & Deplatforming Critics, Triggering & Safe Spaces, LGTBQRSTUVism, Socialism, Trans-whateverism… and all the special-pleading rubbish “scholarship” behind it. Yes, that’s most college campuses today. Acadia pretty much fits the mutated type.

There are few wars so petty and spiteful as academic wars. Not only is Acadia still trying to cover up, but to cover up the cover-up. Thing is, they feed off some of our taxes to run the Dear Old U.– thus, they owe the public & our elected officials a FULL & PROPER accounting of what looks like a professional assassination of character & reputation. If you’re giving full credit to the vague accusations, you might want to rethink that: this situation has been very much one of “A fair trial, then the firing-squad”.

Speak out. Write to the Acadia authorities, and be sure to CC: your letter to Parliament Hill, the media, the premier, local newspapers, and your local MLA. Put the CC-forwards at the bottom of your letter/ e-mail to Acadia. If you want it posted on my blog, then send it to me: binks-dot-webelf-at-gmail-dot-com.

And if you’re a prayer-person, do pray for this man, who went from “Woke” to actually AWAKE in three years, and got fired for it. You gotta know that such events take a toll on a man, no matter who you are. So why not drop him a note of encouragement, via his FaceBook page? 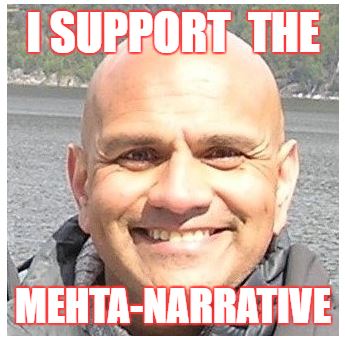